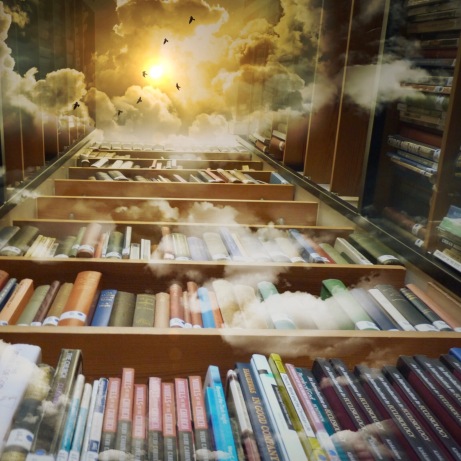 Or the life advice. Or the ten steps to success…. Because no matter how great those things are, sometimes the best intentioned advice just doesn’t work.

We’ve been talking about change. Little changes paving the way to big changes. Barriers to change, and why “people never change.”

Along whatever path to change you seek there will be a fight. An epic battle. You might not understand exactly what it is you are fighting, or why. But, you’ll know it’s there. The words “I just need some sort of breakthrough” will go through your head. It comes with a bit of desperation and hunger. A feeling of, I can’t keep this up. Your well-meaning friends and family will see this struggle, and then comes…dun, dun. dun…..THE ADVICE.

Hopefully you don’t have friends like Job who question what he has done wrong to end up in the place he is in. Yes, sometimes we encounter struggles because we have put ourselves in those situations, but if you are working towards growth, a reminder that you brought this on yourself is not particularly helpful.

Once upon a time, my huge belly announced to every room I entered that I was about to be a mother. Strangers, friends, and family alike would say, “You better sleep now. Because pretty soon, sleep will be over.” I was probably more nervous about the sleep thing than any other newborn worries being a strict 8 hour a night kind of girl. I get really dumb and lost if I don’t get enough sleep.

Guess what, guys? No matter how well you sleep before kids, you can’t store it for a rainy day.

My sweet little angel was born. He didn’t know that sleep was a thing. Like at all. I didn’t know newborns fought sleep. This kid was a ninja, or maybe the style of an MMA fighter is a more accurate description. I would rock him in the glider, he would still, his eyes would flutter closed. My little new-momma heart would relax, and then those little blue eyes would flash wide open. He would arch, kick, scream,  and push against the arms that held him. The squirming, crying, and thrashing would continue in my arms until he passed out from exhaustion some 30 minutes later.

At around two months we found out he had reflux. I tried things to help ease his discomfort: being elevated, holding him upright after meals, medication. Slight improvement, but still the child couldn’t relax and fall asleep without the fight.

And so continued every single time he had to fall asleep–for naps, and between each night-time waking of his two hour stretches of sleep. My little new-momma instinct immediately wondered what I was doing wrong. I read book after book. I googled baby sleep disorders–they don’t exist apparently. It was like something inside of him would not let him fall asleep. I was at a complete loss, and on marched the months…

People asked the inevitable question: So, how does he sleep? As if they couldn’t tell from bloodshot eyes, dark circles, and the twitch in my left eyelid. And then came the advice. Recommendations on sleep training books, methods, routines. At first I swallowed up this information like a starving person. Anything to help the tense little body in my arms to relax. I tried all of those things, and none of them worked…. Cry it out, hold him, bedtime routines, etc, etc, etc.  The months marched on, and my answer to “”have you tried or” if you would only do this________,” became “Been there, done that, didn’t help.” I didn’t want any more advice. It all served to remind me that I had failed to help my son.

Back in those days, my husband worked the night shift. Every night, it was just a sleep-deprived momma and a little boy who didn’t know how to sleep. In the late night watches this momma would cry because there had to be a way to make this better, if only she could find it. If I couldn’t figure out how to teach him to sleep, how in the world was I going to help him navigate his teenage years. Lonely and exhausted, I wasn’t exactly rational in those late night hours.  A feeling of dread would grow in my gut as every nap and bedtime approached. The kid wouldn’t even nurse to sleep. It was wake every two hours, nurse him, and then walk the floor with him while he fussed in my arms for 30-45 minutes, two hours later–repeat. All night, every night, for months.

It must have been around the 6th or 7th month of his life that I finally decided to stop trying to “fix” my child. I surrendered to my reality. He couldn’t fall asleep with out bucking, squirming, and crying as I swayed and sang over him. It wasn’t a great solution, but it was better than him crying himself sick in his crib. At least I was there to offer what little comfort he could receive.  He wasn’t “spoiled,” it was our way of coping with the difficult season. I was the calm in his storm.

I can remember it like it was yesterday, standing in my narrow galley kitchen. He was pushing against me and fussing in my arms. I sang “Amazing Grace” over him in the light of the red digital clock display on my stove. Watching the minutes tick, I gave myself an amount of time I could handle it before I needed to lay him down. I hoped he’d fall asleep before I had to give myself a break, because laying him down was like starting all over again, and he would end up crying so hard he would spit up everything he just ate.

I watched the clock, because in the middle of the night minutes can feel like hours. I needed solid evidence that this was not actually lasting forever, and that I wasn’t losing my mind. It was only minutes. I could do minutes.

Funny thing, on the nights that I prayed and begged God to help my child sleep, those always seemed to be the worst. I was sleep deprived, ya’ll. And I’ll admit it made me a little superstitious. I would think, “I’m not going to pray that tonight!” And now in hindsight, after some years of sleep, I think God was giving me exactly what I needed.

My body and mind cried for relief from my trial. But, God had something bigger in mind. In those lonely hours of the night He was teaching me important lessons I hope I never forget. That no matter how “perfect” of a parent I am, I will not be able to make all of my children’s problems go away. That in the middle of the trial there is communion with the Lord. That no matter how alone I feel, I am never doing this parenting thing by myself.

One church service, they started singing this song I had never heard before. It went a little something like this:

I broke. In those night watches, I sang and swayed with my son longing for the tension to leave him. While my arms ached and my mind begged for sleep, the Lord was singing over ME. Swaying me, longing to put my thrashing, worried, desperate heart at rest. Even on those nights where I had to put my baby down and let him wail because I felt like I was going crazy, He was there. I know God is always with me, but the words of that song painted a picture that came alive. From that day forward, I wasn’t just counting minutes to remind myself that these moments wouldn’t last forever. I was doing it WITH Jesus. My trial became an act of worship. I learned to be at rest.

One day, at nine months old, I held my son and his eyes fluttered closed, and he fell asleep. No crying. No arching and squirming. There was rest over his body. In my world it was like witnessing God say, “Let there be light” and light appearing for the first time. My son had learned how to fall asleep. Our time of rocking to sleep grew shorter and shorter. And finally, he didn’t need that anymore. Nowadays I say, “Go to bed, Caleb.” He hugs me goodnight, climbs in his bunk bed, and goes to sleep. You might say I’m weird, but there is still a part of my heart that rests when I see my son sleeping. We have a special bond because we fought that fight together.

When my daughter was born, I’ll admit I was a little scared to do all that again. She ended up sleeping through the night by the time she was 6 weeks old. She was the kind of baby that makes people feel like super parents. Pick any parenting/ sleep training method and it would have worked for my by-the-book second child. I’m glad I had Caleb first, otherwise I might have had the pride to think I had something to do with it.

So, you are trying to make a change in your life. There will be a fight, a battle, a feeling of being stuck. A desperation for a breakthrough. It will come if you do not give up. A trial doesn’t necessarily mean you are “doing it wrong.”  By all means, look for a solution. But, sometimes the solution is to be still, wait, and rely on something bigger than yourself. Sometimes the solution is to become aware that you are not alone.

What you learn from your trial now will give you something you need for the next one. What seems like eternity in those lonely hours, are really minutes that pass. Seek God in the midst. He is dancing and singing over you while you are unaware. He loves you that much. Become aware. Ask Him to take the struggle away, but if He doesn’t, ask Him to use it for His glory. With God nothing is wasted. Your trial can be an act of worship if you let him walk with you.