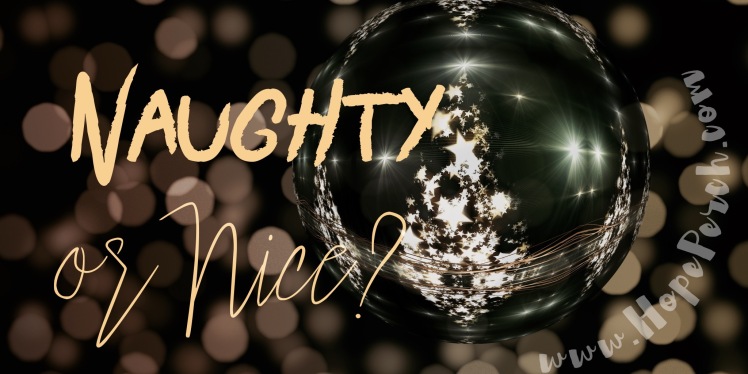 I was driving the kids home from their gymnastics class one early October day.

It had been a rough day.

This  particular car ride home began with us discussing the importance of self-control, and how listening and following instructions are an important part of our learning and of being a respectful person.

My son, Caleb, struggles with focus and impulsivity. This results in him being corrected and redirected frequently. God bless all my son’s coaches and teachers. They each have the patience of a saint.

It is hard for me to watch the teacher have to stop the class to pull him back into focus. It’s so contrary to my “inside-the-box,” rule following personality. I know he tries to behave appropriately in group settings. I see the mental fatigue that comes over him when he’s trying to follow instructions.

The casual onlooker might think his behavior is an indication that he doesn’t care. I know differently because I see the other side of things. A side of the world most children with focus and attention issues have, but many don’t see.

We finished our discussion, and the car went silent for several minutes. I’m lost in my own thoughts.

Caleb says from the back seat, “Mom. Have I been good enough? I try hard to be good, but I know I am a little bad.”

Uh….what does he mean exactly….good..enough? “Caleb, Mommy knows you have to work hard to pay attention. You still have to listen even when it’s hard. You have a good heart with a lot of energy and creative thoughts bouncing around inside of you. I want to help you learn to use that for amazing things.”

“Well…am I naughty or nice?”

“Have I been good enough for Santa to bring me presents this year…or….” He paused a moment, and when he spoke again there was a little tremor in his voice. “Or have I been too bad? Am I on the naughty list?”

Gah….he’s using a mallet on my heart. I expect appropriate behavior. He doesn’t get off the hook because it is hard for him. At the same time, I don’t ever want him to feel like he is a bad person because he struggles. I’ve been trying to make both things clear, but am I going wrong somewhere?

And, this naughty or nice stuff….where did this come from? It’s the first week in October, and he’s already worried about Christmas morning.

I’m not knocking your way of doing things if you are, but we aren’t big on the whole Santa thing at my house. We aren’t anti-Santa, it’s just not a focal point for me as a parent. The kids watch Christmas movies with Santa and Frosty. I keep the focus on Jesus, and if they want to get excited about the Santa thing I smile and play along.

But this….worrying about getting Christmas gifts based on being good enough? I’m not cool with that.

“Caleb, I know a lot of people say things about naughty and nice lists, but at our house we don’t do gifts like that. You know how Christmas is all about Jesus? When Jesus came he was the greatest gift of all of time. But God didn’t send him because we were on the nice list. He sent Him because we were imperfect, and broken. He sent Him because He loves us even when our hearts weren’t close to Him. Christmas is about celebrating Jesus, so when we give gifts, we give them because we love each other, not because we deserve them or earn them.”

I sneak a peak at him in the rearview mirror, and the expression on his face has relaxed.

“We behave because it is what is right and respectful to the people giving us their time and attention. Not to get presents.”

And, to you my dear readers, in case you’ve been led to believe anything else:

Jesus did not come to this earth, suffer, die, and rise again for us because we were on the nice list. It was because we were separated from God and on a path for death. He didn’t even come to make bad people “good.” He came so the dead could live. Seek Him and live. With Him, there is no coal in the stocking. There is abundant grace, and an offer of a path that leads to life.

5 thoughts on “A Christmas Question from an ADHD Child: Have I Been Good Enough?”